fashion and glamour for the anorak about town

Oh no! My new over the knee socks arrived today...

...but they're more 'right up to the crotch' knees. Damn being short! I can probably wear them underneath a longer skirt and just pretend they're tights.

I want some new necklaces.
Top

me too. i like the ones i own but i get bored of them so easily. that is definitely shopping priority number one.

the socks are lovely by the way.
Top

Speaking of socks, my friend bought a million pairs of stripey socks from Urban Outfitters yesterday and they are the softest, most pleasant things in the world. I need to get me some although they're probably going to be about 20 quid a pair.
Top

i made myself a necklace out of all the left over beads at work today, it's really cute. they were all different stones and pearls and glass beads in different shapes and sizes.

i want the jarvis specs:

i want this belt buckle.

it's a swashbuckle! (swashes are the swooshy bits at the ends of letterforms, for everyone who's NOT a total type-geek) this might compete with the kern jacket for design-nerdiest article of clothing ever.

I knew looking at the Japanese Mary Quant site would be dangerous. I really, really love this bracelet...

Next stop, clothes thread.
Just be nice to me.
Top

I can't decide which of these mittens are best.
I want them all!

pandas.
i said OK! the wind said no
Top

Oh! What a pickle.
Maybe I should go nuts and buy both.
They are on sale afterall..

Oh why must you mock me with your impossible choices!
Top

i think i need a new watch.

i would like something vinyl/material, not really metal, something a little bit quirky, but grown up enough for work and to go with smart things.. so not really twee designs or colours.

anyone have any suggestions of places to look online??
i said OK! the wind said no
Top

Jo has a lovely watch that someone bought her for her birthday last year that has a number of different ribbons for a strap that you can change each time you wear it to match your outfit. It's a bit impractical though as you need someone else to tie the ribbon. And it's probably not very grown up. And I don't know where it came from. I'm not much help am I? Sorry...
Top

caramarydaisy wrote:anyone have any suggestions of places to look online??

Have you tried the Swatch website? They have quite a few which are somewhere between quirky and smart. Also, Next have a small selection of watches. Some are boring, but others are quite nice, plus very cheap.

This is my current watch: 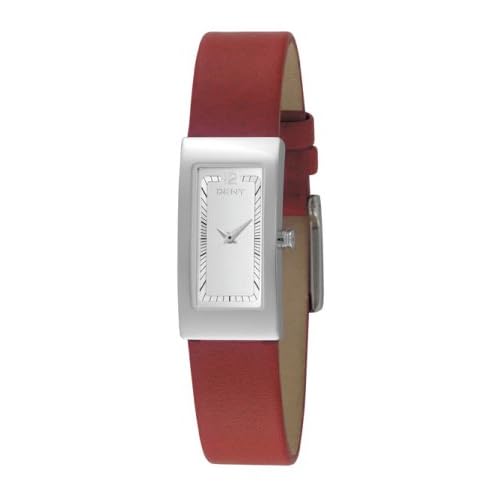 Just be nice to me.
Top

caramarydaisy wrote:anyone have any suggestions of places to look online??

Have you tried the Swatch website? They have quite a few which are somewhere between quirky and smart. Also, Next have a small selection of watches. Some are boring, but others are quite nice, plus very cheap.

This is my current watch:

thats a nice watch, and thanks for the suggestion!

my brother used to have a pop swatch, ahhh, i loved that thing!
i said OK! the wind said no
Top

I. Am going to buy. The fuck out of this watch. Gahhhh sleek minimalism I want you inside me.

It's like summertime in the future.
Q: I know you are, but what am I?
A: A garbage man.
Top

ooh! that is beautiful. i need a watch. i haven't worn a watch in years and years but i'm getting sick of looking at my mobile phone whenever i want to know the time.
tell me how good it is / to wake from a bad dream / and have someone there and I will tell you / how butterfly wings stay dry in the rain
--
stolen wine social
Top

Etsy (etsy.com) is my favorite online ship for accessories!
For so-cute-Im-gonna-die necklesses have a look at robinsjewelrybox (http://www.etsy.com/shop.php?user_id=5082883" onclick="window.open(this.href);return false;)

It's really cheap since the dollar is so low right now, go for it!
Top

Aww, those are super cute! I want! I doubt that I would actually wear them though; they're not really my style but I would just want them to hang on a hook in my bathroom so I could look at them every now and then. Because they're cute, and look like something I could eat! Aww!

On a slightly different note. I got this beautiful pocket watch a couple of weeks ago, and I just wanted to show it off, because I adore it.

I found it on ebay by accident when I was spazzing out one night and searched for really strange things, including "panda watch". There it was and I just had to have it.

It's so unusual and pretty, and the colours are much nicer in reality. It was super cheap too. I'm always happy when I can make a bargain! The watch inside is not working though, but it doesn't really matter, I think of it more as jewellery than a practical gadget anyway.
beepbeep
Top

This new Tatty Dvine limited edition necklace makes my heart soar, but there's no way I can justify the £210.00 price tag. I would if I won the lottery though. Totally.