Just to let you know it looks like jon (me) and julie 68 will be playing acoustically this Sunday at the criterion if we manage to practice in time. Were supporting terradactyles and pete wyatt I believe.
Top

Been a bit to quiet round 'ere for my lucking so its time to dust of the cobwebs (a bit) and kick out the tumbleweed.

Have just sent off the single and the mastered EPs for Mint 400 records which will hopefully be available from mid Jan and done an interview for Roques fanzine. Will let you know release dates as and when.. but in the mean time as a taster links to the artwork can be found below including the new artwork for froth on the daydream (as we wanted to leave the original cloudberry single unique)

Anyway any comments are more than welcome....

jon68 wrote: Have just sent off the single and the mastered EPs for Mint 400 records which will hopefully be available from mid Jan and done an interview for Roques fanzine.

Excellent - looking forward to the single and interview!
It's so easy when the door is wide open.
Top

yay!!! ive been dying for some new mai 68s!
all i ever wanted was a happy happy heart!
my indiepop music blog: http://skatterbrain.org
Top

Tuesday 12th Jan saw the release of two EPS and a single by infamous Leicester band the Mai 68s. Released on Mint 400 records they will be available from iTunes and all other major download sites.

PAper and sticks is going to be released as a 7" by roque at some point, sadly no plans yet for histoire to be a physical release, though were working on it
Top

everard wrote:a question: in "froth on the daydream" i hear the lyrics as "withdraw speedskaters from the ICC". what is she really singing? (probably "icy sea" not "ICC" but i can't get past the speedskaters bit ... not that there appears to be a governing body for skaters called the ICC ... i did google it, just in case)


The line is, "Withdraw sweet skaters from the icy scene, Within a trice the serfs will sweep it clean."

It's, erm, appropriated from the Boris Vian book, Froth on the Daydream (or Foam on the Daze" as the lastest translation is called....)
Top

Were also doing a pre london warm up show in Leicester 23rd May. Details can be found here 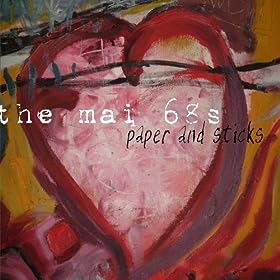 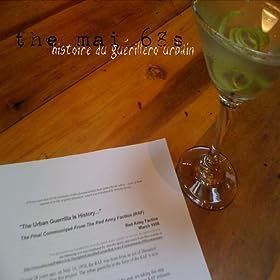 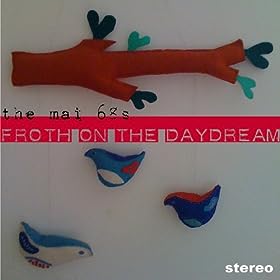 @jon68: any chance of the three 2010 digital releases becoming available from your bandcamp? i don't use itunes & would prefer not to buy from amazon.
e r
Top

How do :) completely forgot we even had a bandcamp until now and didnt realise that the tracks were available through amazon - Will probably get around to uploading the rest soon as there are vague plans to remaster the tracks and release them as a CD / possibly Vinyl but that will be a long time in the future - In the meantime if yr after the tracks drop me a line and we can work out a way of getting them to you

Peace love and all that

this suggests that the "vague plans" jon mentioned above are maybe now marginally less vague, which is excellent news.

ended up buying the eleven songs available on itunes just in case, though.

everard wrote:this suggests that the "vague plans" jon mentioned above are maybe now marginally less vague, which is excellent news.

ended up buying the eleven songs available on itunes just in case, though.

Love! Really hope it happens.
The equation of poetic with administrative talent was often less perfect in practice than in theory
Top

It will be a pretty much complete record of what we recorded - bar a couple of songs that even we couldn't remember.
Simultaneous Berlin
I am Javanese
Froth on the Daydream
Ask Gary G
Totality for Kids
Drinking Song
Paper and Sticks
To Have an Island
Lead Me to a Quiet Cell
Shepherd Song
Ask the Dust

Peace, love and all that Jazz

Apologies for my one bit of advertising
Its been nigh on 5 years since the Mai 68s last played together and 10 years since we actually formed so now would be a good time for a comp wouldnt it.
We will be releasing a comp of the recorded works of the Mai 68s on 180gm Vinyl with a booklet/fanzine with rare pictures, random stuff from the archives and sleeve notes by the one and only Roque from Cloudberry records and there are various Pre Order options which can be found here


and the record should be released within the next 3 months (things like RSD permitting).
There is also a slightly cheaper vinyl option which includes UK shipping (the biggest pain we have is the shipping costs, apologies to anyone outside the UK) so message me if interested or if you want to pick up the record from me or Jeremy.
Even if you cant contribute then any help in sharing would be amazing

This is so great.
Underachievement as Art
Top

I'd almost forgot about this !
Sing as if you live in the early days of a better nation
Top
Post Reply
64 posts