Don't know how many of you grew up in the original era of Pokemon (I think I'm somewhat younger than most here), but what with the fact that it's suddenly a huge craze again, I thought I'd make a general Pokemon thread, Go and otherwise.

I might start out with a general poll: what's your favorite Pokemon?

Mine's always been Drowzee. Drowzee/Hypno was my main Pokemon back in the day, a champion whose level was always far higher than the others in my party. I think he looks cool, and his concept is delightfully creepy (a creature that eats people's dreams for sustenance, sucking them out through your nose as you sleep).

Anyway, if no one else likes Pokemon, you can always just use this thread to shame and ridicule me. Nothing wrong with a good Two Minutes Hate now and then. 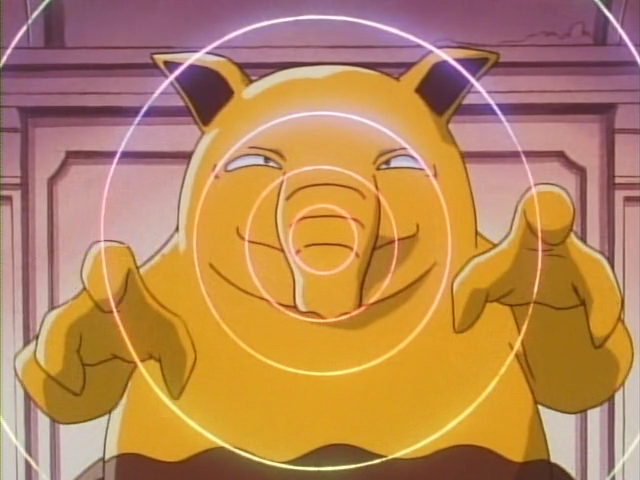 humblebee wrote:Yex, what's that siren? Quick, hide! I think it's the Eleven Music Distraction Police. They've been alerted to your outrageous crimes against the definition of a country!

It's been a big craze for it in our household for about the last ten years due to having a (currently) 13 year old resident here.

There's massive disappointment at the moment though as Pokemon Go is not compatible with his phone (it's an older Android phone) and he can't get it to work on his tablet either.

I've a feeling I may be having to fork out for a new phone and a bigger data contract soon...

I've never played the video games (though Ralph has about half a dozen of them) but I've seen the cartoon and played the card game loads. Whenever we play the card game there always seem to be a new, never before revealed rule that means I lose.

Especially with the billion quid I'll be getting from China!
Top
Post Reply
4 posts • Page 1 of 1