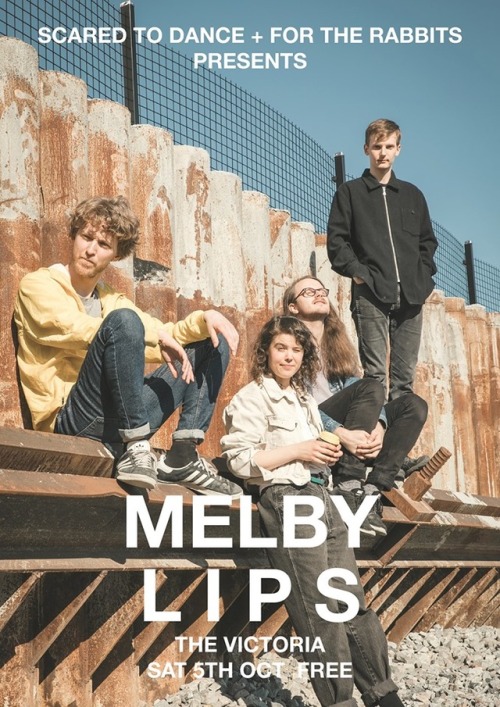 Melby headline the Scared To Dance and For The Rabbits gig night at The Victoria. Support comes from L I P S.

Stockholm psych-pop act Melby first emerged back in 2016 with their ear catching debut single Human and they haven’t really stopped impressing since. A steady stream of excellent singles and acclaimed EP’s followed, culminating earlier this year with the release of their debut album, None of This Makes Me Worry.

Taking influence from a vast variety of genres, Melby’s sound is one of glistening melodies and expansive rhythms, dreamy-pop songs given an emotional depth by Matilda Wiezell’s soaring, enchanting vocal style. None of This Makes Me Worry was, according to the band, the closest they’ve got to capturing the energy and dynamism of their live show, on that evidence Melby are a band not to be missed.

The latest wonderful act to emerge from the fertile Falmouth music scene are dreamy-indie types L I P S, who released their self-titled, debut EP earlier this year through Chicago-based label Sunday Records.

A hugely impressive debut; L I P S is a sublimely recorded collection of classic-pop songs given a modern twist, a record equally like to draw admiring glances from fans of The Sundays and Alvvays as it does from their more underground peers like Worst Place and Foundlings. Part of a current wave of brilliant indiepop coming to the forefront of the UK’s musical underground, L I P S are on the verge of something very special.

You can get your free ticket at DICE.