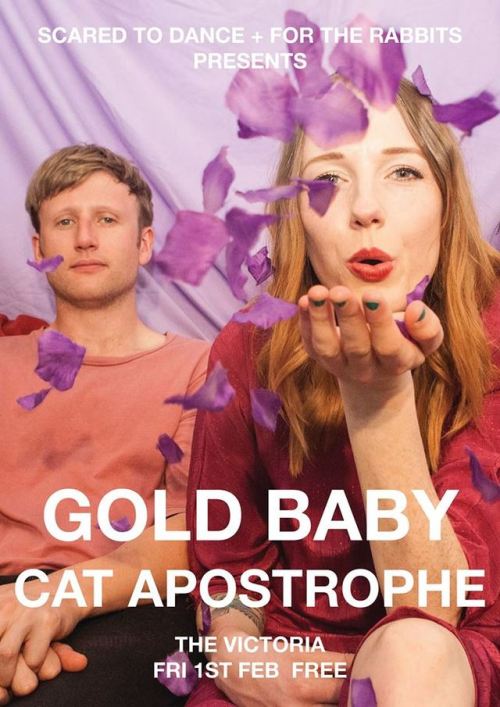 Gold Baby headline the Scared To Dance and For The Rabbits gig night at The Victoria. Entry is free and support comes from Cat Apostrophe.

Formed back in the early months of 2018, Gold Baby are a collection of old friends who met while playing in various bands and solo guises on the North London DIY scene. Through a string of well received shows, and a handful of impressive singles, they have already caught the ear of burgeoning audience. The band have recently been in the studio working on further material to be shared with the world in the early months of this year.

Gold Baby's sound is one that fuses slacker-rock and dance floor ready indie; jangling guitar lines and tight rhythms create a base atop which vocalist Siân Alex's lush vocals can shimmer and shine. Recent single Maggots showcased their lyrical sincerity, recalling the likes of Hop Along or Courtney Barnett as Siân detailed the feeling of never quite living up to your own expectations. With their perfect recollections of the insecurities and instabilities of finding your place in the world, Gold Baby seem to be a band ready to grasp whatever opportunities come their way.

Cat Apostrophe are a four-piece bands from Leeds who deal in radically soft pop. The band have been making music for over a decade now, releasing a series of well received EPs as well as playing shows with DIY favourites including The Spook School, Wolf Girl and Dream Wife. With new material on the horizon expect to hear more slow, sad songs about awkward sex, surviving and finding glimmers of hope in the hardest of places.