humblebee wrote:...and having my tea at Mirch Masala.

Mirch Masala is literally the best thing ever! We even had them in to cater the evening do for our wedding. They do festivals too - maybe we can get them to Indietracks! If you're going again on 23 July, I can recommend the Paneer Noodles (from the Indo-Chinese section of the menu). We had them on Wednesday and they're DELICIOUS (really spicy, but soooo good).

I don't want to steal Pete's thunder, maybe he was planning a big launch party and a huge internet advertising campaign, but having tried to buy his stuff before I think it's more likely he was going to pick up his box of records from the pressing plant, sit on the box in his garage and wonder why no one was buying it. Anyway, his solo album is out. The digital album is available for download now, while the CD will ship from 29th of July. After having listened to it a few times I think it's really rather good.

He's set-up his own bandcamp and everything.

That's ridiculous! I don't have a garage. I was going to sit on the box in my cellar. :)

Thanks Jay, you're very kind.

As Jay says, my new album The Glass Delusion is available now! And here it is...

If you pre-order a CD for £6, I'll send it out just after 29 July (we're just waiting for the haiku booklet to come back from the printers), but you get a digital download straight away! Alternatively you can buy a download-only version for a fiver (and obviously you get that straight away too).

That's kind of what Jay said isn't it? Oh well. You can also listen to it online for free through the old Bandcamp streaming thing. Do people still say streaming?

And that Bandcamp link again, to listen or buy:
http://petegreen.bandcamp.com/album/the-glass-delusion

I'm massively excited to have released a proper studio album for the first time ever! (In some ways the album is its own apology and explanation for its late arrival.) Lots of you here on Anorak have been fantastically supportive of my music down the years. I've always appreciated that a lot and I really hope you like The Glass Delusion.

PS. It's got a cover of 'Fun to Pretend' by The Deirdres on it! I hope nobody thinks I've ruined it too much. :)
Underachievement as Art
Top

Pete, what I meant to say/ask: that's a beatiful looking record, and I see you designed the thing yourself. Where did you take the picture on the front cover?

I bought the album in the heat at Indietracks, but this -right now- seems more the right season to listen to it.

(video by Rafa Skam, with a prominent appearance by indiansummer and, if you look closely, other anoraks including me)
Candy Twist fanzine
Top

RITH wrote:Pete, what I meant to say/ask: that's a beatiful looking record, and I see you designed the thing yourself. Where did you take the picture on the front cover?

Thanks very much! The picture is from Berwick-upon-Tweed on the Northumberland coast, when I visited in 2012. (In fact Anorak helped me choose it as a destination: one more thing to be grateful to you for.)

Berwick isn't quite beautiful but it's interesting and full of surprises if you walk around it. Within five or ten minutes you'll see a nice touristy bit, a poky residential street, three magnificent bridges carrying people, road vehicles and the East Coast Main line across the Tweed estuary, some allotments, open grassland, an early 18th-century barracks, medieval fortifications, a football pitch, the North Sea.

One of the curious things is how little of the waterfront is accessible. The row of houses in the picture directly overlooks the estuary, but you can't get down to the water's edge because of a high wall. Part of the fortifications. (They were built to keep those pesky Scots out, apparently, which seems a bit daft considering they could just invade by land much more easily instead, and did exactly that about 14 times or something, I think.)

I was struck by that row of houses because they seemed to be empty but in good repair, rather than decrepit. This seemed unusual to me and gave a sense of foreboding, something austere and a little dark. So I took a photo. When I looked at it later on the computer it didn't seem to capture that atmosphere, so I just forgot about it for a bit. Some months later I was playing around with an imaging app on the new tablet I'd just bought, trying out its filters on random photos. That filter went on to that picture and I was stunned. The filter had recreated the mood of that moment perfectly with a sort of hyperreal quality which replaced everything missing in my rubbish photo.

I knew straight away that I was looking at my album cover. The effect of the filter made me think of those gorgeous, wistful East River Pipe sleeves (is that duotone, that effect?) when they were on Sarah... especially Goodbye California. 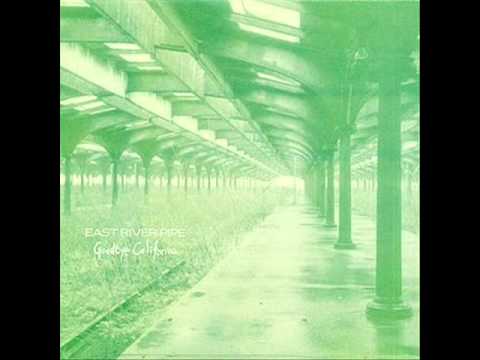 So I sort of designed it by accident really, or it designed itself. Which is quite useful when you're a lazy sod like me.


I bought the album in the heat at Indietracks, but this -right now- seems more the right season to listen to it.

Definitely! There was a significant mismatch between the mood of the album and the season of its release. I just wanted it out then cos I was playing Indietracks. But yeah, it's real rainy day music. Most of it isn't like my older stuff at all, is it?

Oh wait, I think these other ones are more duotone, aren't they? 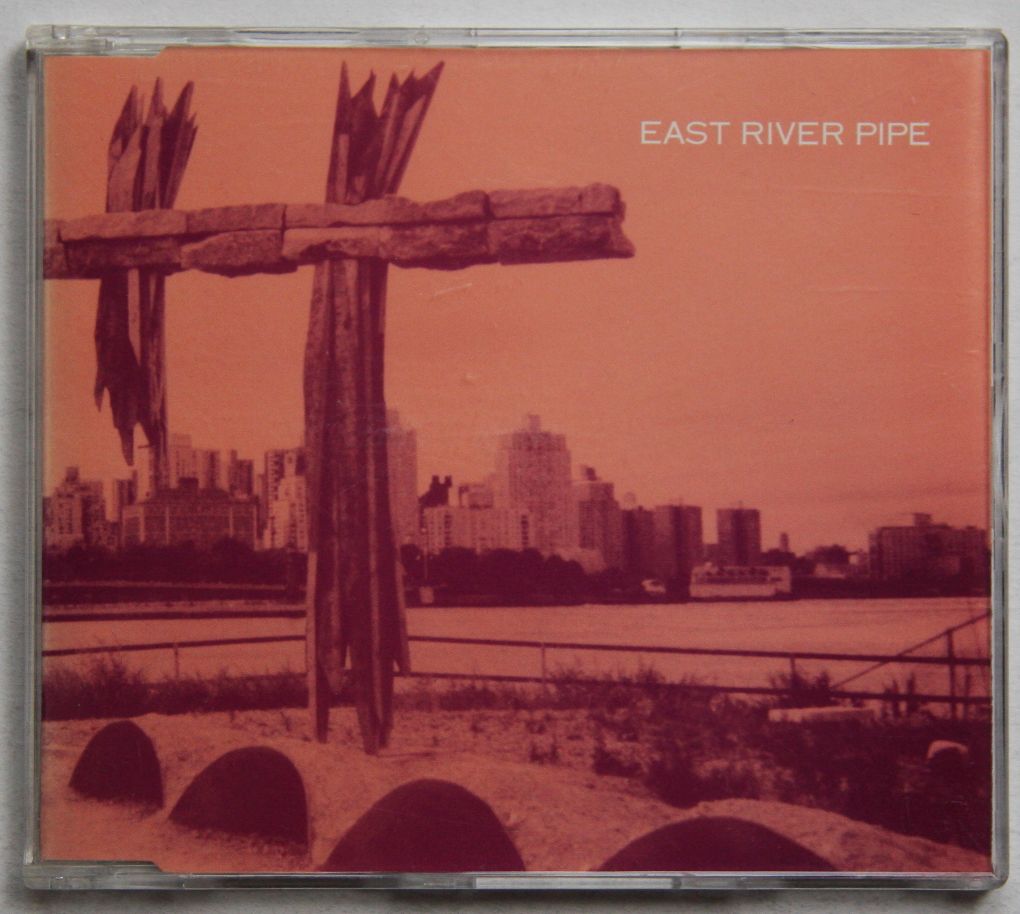 Oooh, I really wanna listen to that now. Anyway, thanks for asking about the album Dennis! I dunno what people think of it, really.
Underachievement as Art
Top

A lovely write up on the 'All That Ever Mattered' blog........
http://allthatevermattered.blogspot.co. ... usion.html
It's so easy when the door is wide open.
Top

Since we've had so much fun together down the years, Anorak, I thought I'd let you know first that I'm in the middle of recording a new album (as yet untitled). The plan, again, is for it to be out in time for Indietracks this summer.

Like The Glass Delusion above, the new album will be indiepop in spirit much more than in sound. Like The Glass Delusion, it's an acoustic album of mostly low-key but melodic and really quite pretty tunes. But I've never been interested in doing the same thing over and over, so I am trying to do something new with it.

You know when people say "I'm in a bad place right now", and they don't actually mean Bedford? I guess it's an album about places in your head and actual physical places, and how they affect each other.

It'll introduce some new instruments and, unlike anything I've done before, it'll combine those pretty tunes with poetry and field recordings. It's not 'experimental', because I haven't played anything with a screwdriver or held a Commodore 64 in a vat of bees. But it includes sounds recorded on location and set with music to evoke the spirit of places. I'm trying to make it atmospheric and sonically interesting, while still passing the old "can you whistle it in the shower?" test.

Now then! The new album is called We're Never Going Home and it'll be out on 24 July.

What is it? It's the sound of rivers and impossible escape plans. Forlornness. Hope. Sheffield. Coastlines and islands. Sparse and elegantly pretty tunes. Lincolnshire. Big skies. Rethinking, re-evaluating, reaching mid-life and still being skint and clueless. Orkney. Drunken field recordings from the middle of the night. Waking in the middle of the night. Oslo. Loss. Defiance. Drinking whisky and giggling hysterically as the world ends. Riding impossible urges to disappear.

You can see the tracklisting over on my Bandcamp, which is also open for pre-orders, should you wish to be first in the queue for a copy once they're back from the big CD factory:
https://petegreen.bandcamp.com/album/we ... going-home

And if you can't wait to hear a song from it, you can hear one now - on the podcast of last Saturday's edition of The Breakdown:
https://www.mixcloud.com/thebreakdooown ... wn-090716/

Love and thanks xx
Underachievement as Art
Top

And here, in an Anorak exclusive, is my first ever video!

This is a song from the new album. Turn it up as loud as you can - it's time to ROCK OUT.

(I'm holding off until tonight from launching it properly, but seeing as I love you, you can watch it first. Don't let that put you off sharing it, obvs)

Here it is! It's out now! The best thing I've ever done!

You can listen online or buy a copy at my Bandcamp:
https://petegreen.bandcamp.com/album/we ... going-home

That was an amazing set at Indietracks, good sir. Think moving the a cappella track further into the set worked just as well as you hoped it might. And I loved how the church swelled with the sound of the field recordings on occasion.

Golden Goal caused some leaky eyes on our pew, I don't mind reporting. Specifically: mine and Linda's. Truly, I think the track is The Living Years for people with a functioning heart. You can put that last sentence in the promo ads for the album.

The Group Of Death analogy was inspired. So was the response it got.

You are very kind, Jeremy - thanks!


graysonscolumn wrote:The Group Of Death analogy was inspired. So was the response it got.

SCENES. I'll always be grinning inside!
Underachievement as Art
Top

I just about stopped myself doing Clap Clap Clapclapclapclap Fish at the end of it, as that'd have overegged things.

The new Trust The Wizards podcast has a really wonderful review of the new album. They're talking about it for like ten minutes! Amazing. And then they play the spoken word track. Even more amazing. Have a listen! It starts at about 1 hour 20 minutes.

As I recently texted you, Pete, the album is fantastic. Really solid work!

The Sheffield Telegraph did a nice little piece about the album this week, if anyone would like a look:
http://www.sheffieldtelegraph.co.uk/new ... -1-8098857

(sales off the back of it: no sales)
Underachievement as Art
Top

Last week I was a studio guest on the Steel&Wire show on the Sheffield Live radio station. It was a lot of fun. We had a pleasant natter and I played a little live session. You can listen to the podcast if you like - hit this page and scroll down to the 10 May 2017 show:
http://web.sheffieldlive.org/shows/steel-and-wire/

Users browsing this forum: No registered users and 2 guests