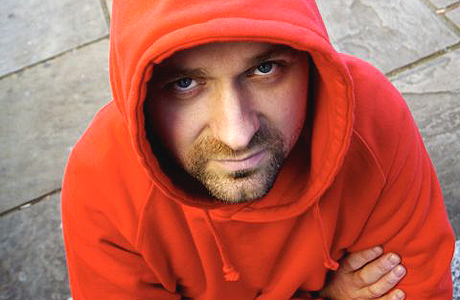 I watched 'Lilja 4-Ever' and 'Together' last night

I thought they were both terrific, 'Lilja' was so beautiful but hurty- it reminded me superficially of a few other films I've seen recently ('nobody knows'; 'london to brighton'; 'the last resort') but I had no idea the way the film would turn (well, some idea, given the structure of the film)- I thought the actors who played lilja and volodya were exceptional, I was so moved by it

such a bruising film, it will stay with me always, I think

'Together' which fortunately I watched after was very funny and ultimately uplifting, there was a warmth to it but it didn't cosy up things in regards to the relationships of the characters

there are excellent performances from the child members of the cast and, indeed, the adults- I didn't grow up in a hippy commune in sweden in the mid-seventies (no, I really didn't) but there seems a lot of truth to these characters and the shifting relationships of the group

the ending is sublime, moodysson must be a genius filmmaker because I actually felt moved (and in a good way) by the music of abba too

I have 'Show Me Love (Fucking Amal)' to watch next

definitely a filmmaker I'll be adding to my list of 'devote your life to...' type people and things

I flippin' love both those films. Although I am dead hard, I couldn't stop crying at the end of them, for different reasons. Well, the ones you describe really, Andy. Given its subject matter, Lilya could have easily been a voyeristic, almost triumphant film of 'us and them' but because, like you said, Moodyson is a genius, it's one of the most devastating films in existence.

Don't even get me started on Together. He makes a true masterpiece of what would, in the hands of most directors, be a soppy, sentimentalist nostalgiafest.

A Hole in My Heart is very good too but I found it a bit more self-conscious than the other ones, like he couldn't quite handle the harshness of it all. Well worth watching though.
The equation of poetic with administrative talent was often less perfect in practice than in theory
Top

I bloody love them as well. I've got a Lukas Moodysson dvd box set that I got for birthday/christmas a year or two ago, and whenever I'm a bit down and sitting in on my own, I get Together out and sit and watch it and it always leaves me smiling and feeling better about the world. It is truly the most uplifting film in the world. I love the realism of it and, like Linus says, the fact that they don't cosy things up about the characters.

I absolutely loved Lilya 4 Ever as well, but it's been a while since I've seen it. Perhaps I'll revisit that tonight, actually. Show Me Love is also absolutely brilliant.

I have to disagree on Hole in my Heart, though. I absolutely hated it. Maybe it deserves to be given another shot, maybe I just watched it at the wrong time, or in the wrong frame of mind or something. I feel like I should like it, because everything else of his that I've seen has been pretty much perfect, but I just hated it.

Apparently he has a new film in production at the moment, which has Gael GarcÃƒÆ’Ã‚Â­a Bernal in it.
we'll be god's tiny carrier pigeons

I have to disagree on Hole in my Heart, though. I absolutely hated it. Maybe it deserves to be given another shot, maybe I just watched it at the wrong time, or in the wrong frame of mind or something.

i'm with you on this one, i thought it was really, excessively, gratuitously horrific. i don't think films should have to have a trite ending that ties thing up, or anything; that lilya 4-eva isn't redeemed doesn't mean it's not great, but a hole in my heart just seemed gratuitous. some of lars von trier's films have that whole female-tragedy-montage thing about them, but are simultaneously really rewarding, affecting pictures.

didn't he have another film out, since a hole in my heart? i remember hearing that one was showing at the london film festival, i think, a return to slightly less draining plotlines.
Top

IMDB lists one called Container, from 2006, but I have no idea what it's about, and I hadn't heard about it until I just looked it up on there.
we'll be god's tiny carrier pigeons

but I couldn't link them

I watched Show Me Love tonight and thoroughly enjoyed it. I thought it was very well observed in terms of teenage life and beautifully sweet. The 2 leads were extremely good and the fact they were pretty much the age they were meant to be playing probably helped.

It was probably quite lucky they were so good though since some of the other younger performances weren't quite so great.
Top

Aw! Show Me Love! Really good film. Films about the trials and tribulations of teenage girls always seem to strike a chord with me as my teens were really quite horrendous. Hopefully I'll get over it someday and then I can be captivated by some other filmic theme. Water Lillies/ Naissance des Pieuvres which came out recently is pretty good on that subject, reminded me a little of Catherine Breillat, whose A Ma Souer! is like a horror story version of teen girlhood. Anyone know of anything else in this vein?
Top

And it has the always great Paddy Considine in it. It's a lovely little film.

I bought the 4 disc Moodysson box set a while back so need to revisit these films quite soon. The bit with the Foreigner song in Show Me Love is utterly perfect, not something you could say about Foreigner songs!
They don't call me Hawkeye Gilhooley... at all
Top

We went to see 'We Are The Best' ('Vi Ar Bast!') today and I loved it and I'd urge anyone and everyone go see it, as a punk rock movie it's utterly gleeful and joyous (how many 'punk' movies have you seen where the whole thing looks like a gateway to drugs and misery? too many, right? not this one) and is a film for anyone who was, is or remains a disaffected urgent youth who just wants to sincerely do their own thing.

The trailer beforehand was 'The Punk Singer', which seemed somehow appropriate.

I didn't want this movie to end. I hope to see it many, many times again. I don't want to say too much about it because all I knew beforehand was the basic premise and there's so much greatness and goodness within I don't want to spoil it for anyone in advance, it's just killer funny and these girls rule, go see it. Seriously there's so much in it that rings true, that reminds you why, the big 'why', it's all here, it'll confirm why you still do, why this has to abide.

I hope the comicbook it's adapted from (by Coco Moodysson, titled 'Never Goodnight') gets a translation/UK release fast. For anyone who's ever dug a Love and Rockets comic and specifically the Maggie and Hopey stories this film has all that energy, heart and nosebleed punk uppityness of their Locas stories but a few years younger. There's also a moment in the snow that's pure Peanuts and Charlie Brown.

going to see this over the weekend -- really excited about it.
Top

The wife suggested seeing his new film after we saw a trailer before we saw How We Used To Live which is a St.Etienne "production".

I think we might see it tomorrow. This is quite a moment in our cinema-going history as I very rarely coerce her to see any films unless they're some oddity unearthed by the BFI.
Top

I might just throw a sickie one afternoon this week to go and see it. Yeah.
The equation of poetic with administrative talent was often less perfect in practice than in theory
Top

it was really great. going to re-work my way through the box set next, and i totally missed out on container and mammoth so i'll be ordering those.

We Are the Best! was like a ray of sunshine.
The equation of poetic with administrative talent was often less perfect in practice than in theory
Top

Today I had to choose a kiss scene from a film for a thing at work and this hit me again with the force of a million bits of glitter:

Users browsing this forum: No registered users and 2 guests